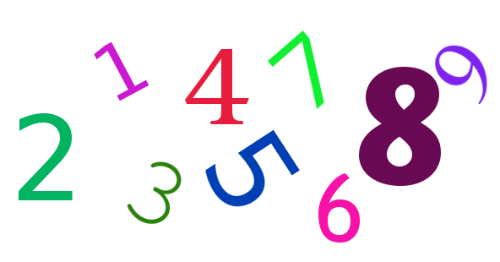 Numerology is simply the study of the divine or mystical relationship between a number and one or more coinciding events in people's life. This study is based on the idea that the universe is a system and once it is broken down, it often leaves behind the basic elements which are often in form of numbers. It is considered to be the study of the numerical value of the letters in ideas, names, and words. It has also been said that this study is related to paranormal events just like astrology and other similar divinatory arts. It has been said that the study of Numerology makes it possible to determine information about the universe and also each individual.The study of Numerology is often referred to as a universal language of numbers.

Numerology is very similar to Astrology in a lot of ways, but it utilizes a different method to get the data and insight required to perform this study. The people who believe in the theory of Numerology and use numerical patterns to draw pseudo-scientific inferences are often referred to as "Numerologists". Numerologists believe that these numerical patterns will help us to better understand the universe and ourselves as individuals. The study of Numerology is based on the belief that the universe is a system and once it is broken down we are left with its basic elements which are often in the form of numbers. Numerologists often use the understanding that every occurrence in the universe is dependent on and can be equated to numbers to get multiple elements of an individual and break them down into a numerical pattern through various methods. The study of Numerology works by helping individuals calculate things like their expression number, heart desire number, and life path number. HISTORY OF NUMEROLOGY

Just like many of the ancient philosophies, no one knows where the theory of numerology came from or how it was developed. However, the earliest recorded history of Numerology dates back to the ancient Babylon and Egypt. But some evidence shows that the theory of numerology was used thousands of years ago in China, Japan, Rome, and Greece. Some of the earliest philosophers of the times including Pythagoras theorize that since mathematical concepts were more practical (that is they are easier to classify and regulate) than physical ones, they had better actuality. And, somewhere between the 354 A.D. and 430 A.D., the St. Augustine of Hippo said that numbers are the universal language provided by the deity to human as confirmation of the truth. He said this because, like Pythagoras, he also believed that every occurrence in the universe is related to numerical patterns. This is why these early philosophers decided to take it upon themselves to seek and investigate the theory behind these relationships. NUMEROLOGY READINGS

The expression number is also commonly referred to as the destiny number and it is said to provide information about the individual's desires, personal goals and ambition, and abilities. This core number is also capable of showing an individual any inherent traits they may have.